Connections meetings are a safe and supportive environment where you'll join other men to discuss and deal with a range of issues – trusting each other and being open to sharing.

Our 2022 programme is almost fully confirmed now - see below and get your places booked! Check back for further events, or register for our newsletter to hear about each monthly session.​ 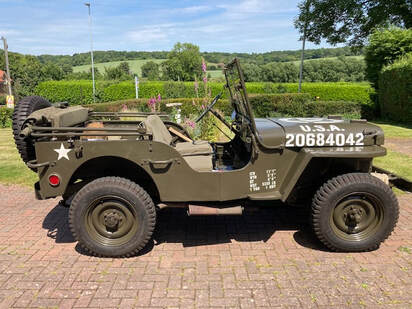 Classic cars at Open Door, hosted by Graham Kendall and Stephen Hubbard
Thursday 21st July 2022, 7pm - 9pm
Open Door welcomes you to an evening of classic cars.  Every car and its restoration seems to tell a story.  Please join us to hear about, get close to and even drive three classic cars that are provided by Graham Kendall and Stephen Hubbard.  We have a 1944 Willy's Jeep with its own fantastic story as well as a Lotus Super Seven and a very rare Caterham 21! Read more about the cars below!
Our plan of action for the night is:​​​​Book your place now at www.bookwhen.com/OpenDoor

Original 1944 Willys Jeep
The Jeep was the most famous military vehicle of WWll and its name has become synonymous with a whole class of military and civilian all-terrain vehicles. The U.S Army requirement was for a simple, inexpensive and robust vehicle for basic utility chores. Its simple design proved to be adaptable to a host of military tasks including use as a scout vehicle, battlefield ambulance, communications vehicle and staff car. Indeed, General Eisenhower once said that “the Jeep, the Dakota and the Landing Craft were the three tools that won the war”. Willys Overland produced 361,000 vehicles and Ford made 280,000. Every US Regiment was issued with 144 vehicles and over 30% of vehicles were issued to other Allied armies.

This particular example is one of the 22,000 Jeeps that the Americans left behind in Europe at the end of the war. I found it in a barn in southern France, brought it back and carried out a full nut and bolt restoration with the exception of the engine which was miraculously sound. The French army rebuilt many of these vehicles, which included swapping parts as necessary. Fortunately, we have the evidence that the chassis and the tub have matching numbers and are therefore the original pair. In the restoration we left as many original panels as possible, hence the marks and holes found in some of them. We had the whole vehicle sandblasted and powder-coated rather than painted and nine years on we are very happy with the result.

Lotus Super Seven &  Caterham 21
It was reading this that started me off… “The Lotus Super Seven is very fast, very noisy, very draughty and very uncomfortable. It is also enormous fun to drive.”  (the AA Drive magazine, 1968)  Some of this is true, but not all. It is quick but plenty of other modern cars are equally fast, it does have a distinct sound, it is an open top car, so of course you get some fresh air but it certainly isn’t in the least uncomfortable.

It wasn’t until 1998 that I was in a position to buy my own Seven and I have loved every minute and every mile since then. Subsequently, I bought its elegant stablemate, the very rare, Caterham 21.  Come and see what makes it so special! 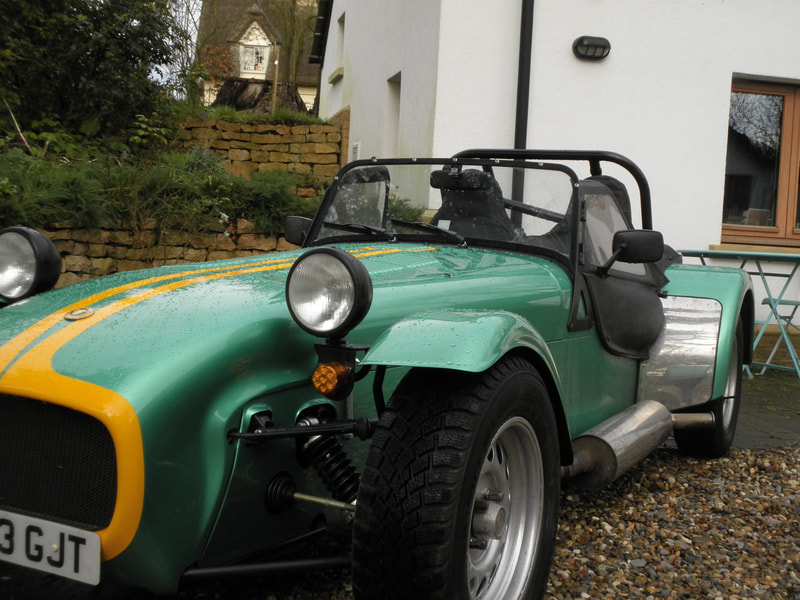 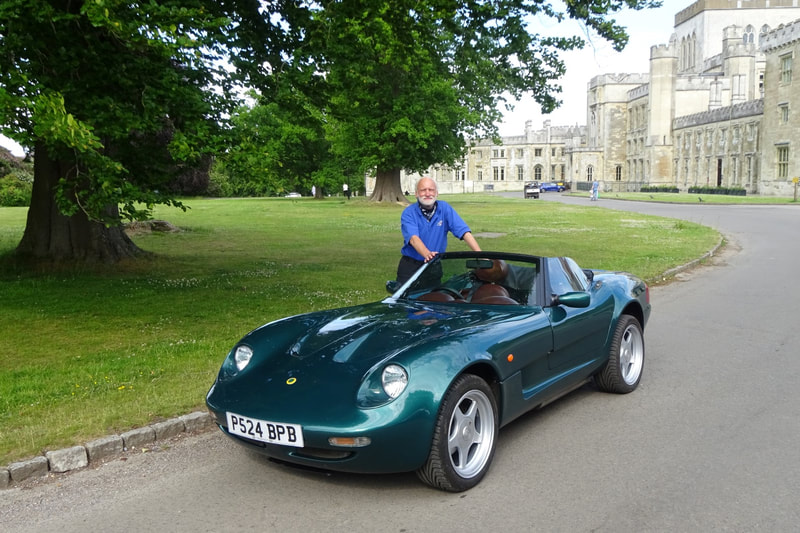 Budgeting and how to get by - an introduction to making your finances work, with CAP
Thursday 18th August 2022, 7pm - 9pm
Further details to follow
​​​​Book your place now at www.bookwhen.com/OpenDoor

Moving from the phone to a proper camera - an introduction to photography, with Steve Slater
Thursday 22nd September 2022, 7pm - 9pm
Further details to follow
​​​​​Book your place now at www.bookwhen.com/OpenDoor

If you would like to find out more about Connections, or suggest future meetups, please get in touch with Iain Manson at iain.manson@opendoorberkhamsted.co.uk.
Previous Meetups

Coping with mental health challenges, hosted by Jon Russell
The global pandemic has really brought the importance of mental health challenges to the fore.  It has not been easy!  For this session we will be joined by Jon Russell, a local Berkhamsted resident, who will talk through how he met the challenges thrown at him.  You will probably know Jon from his great work to set up to set up a Facebook Group to help the local community in Berkhamsted and his brilliant weekly Zoom quiz which he ran for 18 weeks during the early period of the pandemic.

An evening with Peter Drury, hosted by our own local voice of football, Peter Drury
Peter Drury, who is known by many as "the voice of football", will be joining us for our next Connections event for men.  Peter is a resident of Berkhamsted and will join us to share his passion for football and some of the moments in his career where he has created such memorable commentaries. He will be open to your questions, so get thinking!

Men's Health and Nutrition, with Mark Francas of Nourish Men's Nutrition & Health
Thank you to all who attended - please find the slides from this event here.
It's so important to look after your health, particularly as we get older and enter middle and later life.  Men very often overlook this!  Our Connections programme kicks off again on 20 January 2022 with a fascinating session run by Mark Francas of Nourish Men's Nutrition & Health - www.nourishmensnutrition.com. We will look at men and men's health as we get older and look at ways to improve health and slow down the ageing process!  Attending the session will put you into our Prize Draw for one of two free Health Checks with Mark (value £50).

Beer tasting 101 - craft beer tasting event, with Platform Wines
There has been a recent explosion in the production and sale of craft beers not only here in the UK but across the world.  So, if you would like to learn more and taste a good selection of craft beers from the UK then please come and join us when local firm Platform Wines (https://www.platformwines.com) will be our guides. You will taste and test 8 different beers (pale ales, IPA's, stouts, wheat beers and sour beers) and find out more about them and their breweries. Our sessions are normally 'donations only', but this one has a per head cost of £15.00.